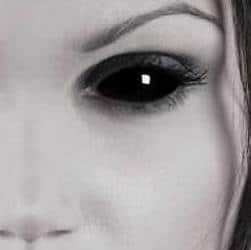 Black Eyed Children or Black Eyed Kids, the term is interchangeable, are a relatively new phenomenon in the paranormal world.

The first popularized report comes from Brian Bethel who claims to have had a run in with Black Eyed Kids outside a movie theater back in the 1990s. Since then hundreds more encounters have been posted, all with varying degrees of credibility.  In this article, we will go in depth into what Black Eyed Kids are, their possible motives and what Black Eyed Children want with us.

The first question is of course is if Black Eyed Children are real or if they are an Urban Legend.  Snopes is quick pass Black Eyed Children off as mere legends. While undoubtedly many of the Black Eyed Kid stories posted online fall into the Creepy Pasta Realm, many seem far more legitimate. These coupled with the reports of encounters with Black Eyed Kids we receive, leads us to believe there is some fact mixed in with the fiction.

In a nutshell, Black Eyed Kids appear to be a real phenomenon.

Black Eyed Kids are generally described as appearing between about 6 years old and late teens. Commonly they look out of place in appearance, most notably in clothing style. Typically people that encounter Black Eyed Kids (BEKs) will note that their clothing looks to be of the wrong time period.

Generally they arrive in groups of 2 or 3 with some exception and they don’t all generally appear as being about the same age.

When speaking to BEKs, many people report that they have odd speech patterns. Commonly phrases are repeated, especially their requests to be of assistance or to be let in. When people encountering them decline their requests they can also seem to elevate their demands and become verbally aggressive in tone and possibly even employ some level of psychic domination to gain compliance to their demands.

In all regards they appear to be physical beings, not phantasms or non-corporeal entity. They are, for lack of a better term, flesh and blood creatures of some type.

What Are Black Eyed Children

One of the more popular theories are that Black Eyed Children are some sort of demonic entity.  This seems plausible due to their otherworldly presence and the phenomenon that seem to manifest around them, and with their seeming insistence that their target either let them in or allow them to help them with something. This hearkens back to the old tales of vampires not being able to enter a person’s home without being invited.

Being that they are corporeal beings, it may be that some sort of entity has possessed a child’s body and is making use of it. In my experience, with exceptionally rare exception, demonic entities only are in solid form when they are inhabiting someone or something else. While the majority of missing children cases each year are the result of a family member abduction, a small number are never explained, and the children never found. It is not completely unreasonable that some of them could be being used to create Black Eyed Children.

Another theory on what Black Eyed Kids might by is that they are human-alien hybrids. There is ample evidence that there is some sort of human-alien breeding program going on, and with the BEKs sharing the trait of solid black eyes with the Gray Aliens, I can see how people could make this conclusion. If Black Eyed Children are some sort of alien hybrid, the question is, what is their purpose?

In addition to the solid black eyes, BEKs share the out of place feeling that is often reported with Men In Black. They also share the unusual speech patterns as well, as if human languages are not their native tongue. MIBs are generally associated with UFO sightings and other strange events, so possibly Black Eyed Kids and the MIBs are related in some way.

Mundane Answers To What Are Black Eyed Kids 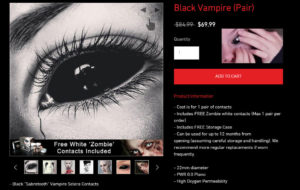 The most mundane answer to what BEKs are is that at least some of them are “normal” kids screwing around. With the phenomenon of Black Eyed Children in the spotlight in recent years, it is not unlikely that some kids have gotten black sclera contacts and are having fun freaking people out.

While I’m sure it does happen, it seems unlikely that it happens often as the contacts are not inexpensive.

It is entirely possible that Black Eyed Kids don’t fit into any of our established categories, or at best are loosely related to some other phenomenon.  Again, with no hard evidence to go off of, there is much left to speculation.  It could be that they are even extra-dimensional creatures, sliding from one reality to another.

What Happens To People That Let Black Eyed Kids In

What the Black Eyed Children do with people that let them in is a common question. It is clear from people’s meetings with them that it is a negative encounter. The feelings of dread when approached by them and then the negative long term effects afterwards are proof of that. What happens to people that let them into their homes is still not fully known but we should expect the worst. There are accounts of people letting them in, but the few reports of this are from people that realized their mistake quickly and fled.

Considering that they tend to target lone people, we can only assume that they are in some sort of predation mode. What they do with people is of course unknown, but many people go missing each year and are never found.

How To Protect Yourself From Black Eyed Kids

Luckily, statistically speaking, you are unlikely to encounter a BEK. However, there is one important thing to  be aware of. Many people report that prior to their BEK encounter, they were not very religious prior to their encounter. A specific religion doesn’t seem to be a factor, and it may be that simply having a strong faith in anything makes you less of a target to Black Eyed Children. It could be that they are looking for people that are easily dominated mentally or psychically and people without a solid belief system are easier to go after.

Beyond this, I think keeping your presence, home and even car free of negativity is beneficial. Of course this goes far beyond Black Eyed Kids, but that negativity may act as a beacon to negative spirits and entities that feed upon it. So cleaning up your life emotionally will make you less of a target to all sorts of negative creatures.

Have you had an encounter with a Black Eyed Kid? We definitely would like to hear all about your experiences so we can document this phenomenon better. Just fill out the form below and give us as many details about what you experienced as possible!

If you have had an encounter with a Black Eyed Kid, please let us know about it in the form below. Include as many details as you can remember.