Review of Momo: The Missouri Monster

Directed by: Seth Breedlove
IMdB Link
Watch on Prime
Momo was a Bigfoot-like creature that terrorized a small town in Missouri for a short while in 1972. This movie explores those sightings

I’m always on the lookout for a good monster show that is factual and insightful, so when cruising through the movies, I found Momo: The Missouri Monster, I had to check it out.

This is another of Seth Breedlove’s productions and features appearances by both Cliff Barackman and James ‘Bobo’ Fay of Finding Bigfoot fame, and is hosted by Lyle Blackburn. Part documentary and part recreation of a 70s grindhouse monster movie, Momo: The Missouri Monster is an odd combination of concepts.

If you aren’t familiar with the backstory, in 1971 there was a series of sightings of a terrifying biped in the neighborhood of Marzolf Hill in Louisiana, Missouri, as well as a flap of UFO sightings. Lyle was likely brought in on this movie because has actually written a book on the subject, Momo: The Strange Case of the Missouri Monster.

The movie loosely covers the events of the time, from the sighting of the creature in 1971 by Joan Mills and Mary Ryan then the July 11, 1972 sighting of a tall, furry creature carrying a dead dog by Terry and Walley Harrison and the events following that.

Switching from movie to documentary mode, we are presented with testimony from people that lived through that era and had a hand in the events that transpired. In a nod to keeping things balanced, there is testimony from both those that believed and ones that were skeptical and some surprising information on the 3-toed footprints that were found in the area that I won’t reveal.

On the campy movie side of things, the tension climbs over one painful scene after another until the dramatic climax where Cliff and Bobo play the part of the leaders of a group of hunters trekking up Starr Hill to track the creature down once and for all, which is when things get strange.

OK, the acting is straight up horrible. I mean bad. Lyle does a good job with the narration and hosting of the documentary side of things, but beyond that, it is painful to watch. I get that it is supposed to be recreating a 70s campy movie, but they may have taken that concept a little too far.

On the whole, I think they did a good job of going over the highlights of events and giving you a feel for how people were reacting to both the UFO and monster sightings. That being said, this could have gone farther to the documentary side of things and I’d have been happier. Lyle is a strong enough host to have carried the show.

The 4.9 out of 10 on IMDb as of the time of this writing, says a lot to the public’s general reception to it. It isn’t unwatchable, but don’t come with high expectations of getting deep into that subject and be ready to cringe at the acting.

If you have Amazon Prime Video then luckily you can stream it for free. Whip up some popcorn and maybe a stiff drink and take a watch! 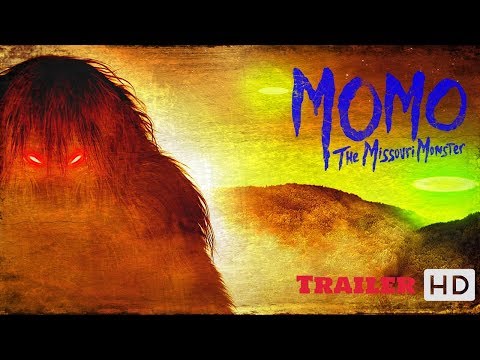