Zak Bagans Vs. The Demon House

We had to do a review of Demon House immediately upon its release. Anyone that has an interest in the paranormal knows of Zak Bagans.

Zak’s show Ghost Adventures is one of the top ghost hunting shows of all times and has scores of fans. While he has come across some incredibly scary places, the Demon House may have bested Zak.

His Movie, Demon House, released March 16th of 2018, is centered around what is supposed to be a massively haunted home in Gary, Indiana.  The activities in the home and affect on the family gained notoriety because of the number of credible witnesses to the events. Police won’t go in the home, a social worker and psychologist witnessed one boy walk backwards up a wall.  Three of the children were heard by their mother and grandmother speaking in “demonic voices.”

[pullquote]I saw too many things, and there was something inside the house that affected everyone. The police, clergy, children, my production crew. – Zak Bagans[/pullquote]

Over the course of the 90-minute movie, Zak investigates the history of experiences at the Demon House. He also interviews people that have lived or visited the home and documents the negative effects of even a brief visit could have on people. One girl, after just visiting for a brief while, attempts suicide.

Review Of The Demon House

As ghost hunting movies go, Demon House is exceptionally well done. With over a 1,000 investigations under his belt and with 15 seasons of Ghost Adventures under his belt, Zak Bagans knows how to make a ghost show.  Like most of his more recent episodes, much of the focus is on the history of the events at the location and less about sitting in the dark waiting for something to jump out at them or go “Boo”.

Without giving too much away, he makes a good effort to make sure that the events at the home are not of a mundane nature and no hoaxes have been perpetrated. Convinced that it is no hoax, Zak begins to reveal just how dark and dangerous the Demon House really was. One by one he documents how visitors, experts and even his crew were affected or literally struck down in mysterious ways.

In the end, Zak submits himself to his trademark “lockdown”.  He has himself boarded up in the home overnight, alone. Needless to say, the climax of the movie are the results of what he runs into there. To find out what happens you will just have to watch for yourself.

Complaints About The Demon House

When watching any paranormal show, one can always say “it is just TV” and write it off as that. Zak’s natural flair for the dramatic lends itself to that argument. He makes good TV, which paradoxically makes it harder to believe as legitimate. But do you make a worse show just to make it feel more “real”?

My biggest complaint when reviewing Demon House is much the same as with many of his episodes of Ghost Adventures, too little actual ghost hunting. Now I know watching people bumble in the dark can get old quickly, but I’d think with a house that haunted in your possession for months, they could have filmed more investigations in the home.

It is possible that they did and didn’t include it in this cut, but the one overnight he spends in the house seems a bit thin in the actual, in the home investigation department.

Turn Off The Lights And Watch Demon House

You will have to be a hardcore non-believer to not walk away from Demon House at least a little creeped out.  While the film doesn’t push that effect, it is a natural product of the subject matter and what they document over the course of the movie.

Grab your popcorn, a blanket, turn out the lights and watch this movie. Don’t mind that creaking noise you just heard. I’m sure it is just the house settling in for the evening. But maybe not, maybe the disclaimer at the start of the movie is there for a reason. 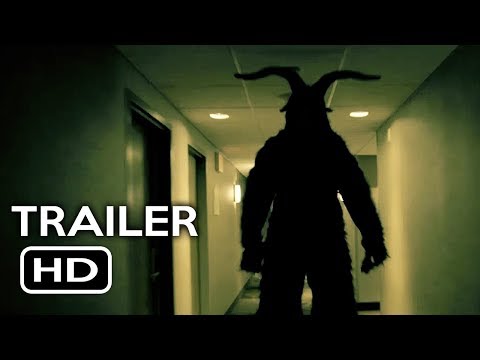 « Review of Momo: The Missouri Monster