An Honest Review Of ParanormalDate.com 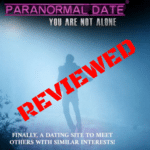 When I first heard that the people that do C2C had put together a dating site I was hoping for the best. Honestly, it was a project that I’d considered quite some time ago, but other projects took precedent. This weekend I decided to check out the site and do a review of ParanormalDate.com. Spoiler – I wasn’t stunned in a good way.

Right off the bat, I was worried when the site has a popup to find out what country you are in. This is the 21st century and most sites can figure out where you are on the planet. Google can do it with eerie accuracy.

Scrolling down the page the text promises “Find your match that shares an interest in the paranormal”. Seems pretty reasonable considering the name of the site. It even says it is free to search and send messages (a half-truth at best).

Then at the bottom of the front page, we have George Noory lending his credibility to the site.

Of course, there is the form to start getting you signed up for “free”. That is pretty typical.

Once You Are Inside

Once inside ParanormalDate.com, you get prompted to fill out the standard sort of dating info, upload a picture and so on. Initially, I was really confused that none of the questions pertained to the paranormal.

The first bizarre thing was almost everything you enter needs to get “reviewed”. I’m not sure who is reviewing all the answers and photos, but as one person commented on another site reviewing ParanormalDate.com, “it feels very Big Brotherish”.  I have to say I agree.

On his broadcast, George mentions that they are at about 80,000 members. Not a bad number, but when I checked to see how many women were online (which is what I had plugged in that I was looking for) only 18 came up as being online on a Sunday night. One thing I notice about dating sites is that they will claim high numbers of profiles, but in reality, most of them have been abandoned.

I looked around and nowhere on the site is there anywhere to match with other people on common interests that have anything to do with the paranormal. There is no way I can write a review of paranormaldate.com and not point out that it is totally missing the key element promised, matching with people that have the same interests as you.

The Next Big Problem

Paranormaldate.com promises to connect you with people that have the same interests as you, but there is another hurdle to that beyond not having a way to match with people with exact paranormal interests as I would have expected. That problem is that there is no way to really message people without signing up for a membership.

Now there are ways to “wink” at people or you can do the “encounters” thing, in other words, swipe Tinder style.

Testing things out, I signed up for a membership (more to come on that) and was SHOCKED to find out that if you want free members to be able to write you back, you will have to pay an extra $10 a month. I find that completely ridiculous. I understand that sites need to make money and that restricting outbound messages to paying customers is the main way to generate revenue. Not letting people answer back is just greedy. 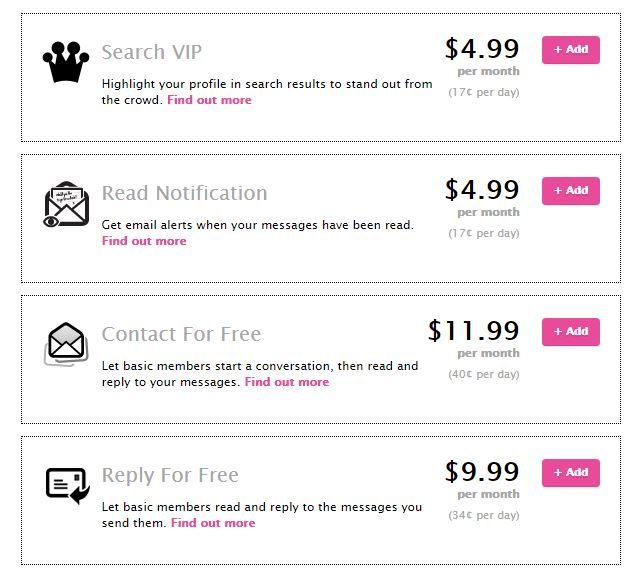 My secong biggest problem with PararationalDate.com is the pricing. It is pretty obvious that whoever put the site together is more than a tiny bit, profit oriented. Lets start with the basic pricing structure. 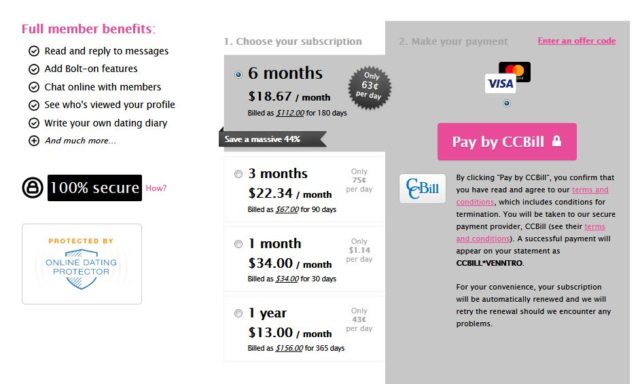 For what the site is, $34/month for a basic membership is far too steep.  The 6-month price of $18.67 would be close to reasonable if they actually delivered on their promises. Considering the number of people that are theoretically on the site, the lack of customization for paranormal interests and so on, ParanormalDate.com is grossly overpriced.

Bogus Profiles To Pad The Ranks

Now I haven’t talked with any real profiles on Paranormaldate.com.  Immediately after signing up I was messaged by someone that was obviously fake, and then one more that probably is.   Reading other reviews of ParanormalDate.com, I found a post by Lori Carlson regarding her time on the site:

She goes on to say that she dug into it and ParanormalDate.com is really just another face for a larger network of dating sites.  The whole thing is driven by whitelabeldating.com which is a service that lets people use their software to run dating sites. This explains why she was talking with people that had no interest in the paranormal.

Normally when I review anything I try and bring some positives and the negatives. In this case, there really are no positives. My final review of paranormaldate.com is to just stay away. It doesn’t deliver on the promise to connect you with other people interested in the paranormal, is stuffed with fake profiles and is overpriced.

The stark reality of how disappointed I am with this site is likely going to drive me to get the team going on building a dating site that is actually dedicated to people interested in the paranormal.

Update #1 To Being On Paranormaldate.com

Since signing up and doing my initial review of ParanormalDate.com,  I have talked to a few “women” on the site, but virtually all of them have turned out to be bots sending messages.  I’m also suspicious that most of the profiles are fakes as many of the stats don’t line up. An example would be women that look to be in their 30s having ages in their 50s.

What sparked this update though is something that happened with their blogs. To start with, I think having to be a paying member to write blog posts on their site is a bit backwards. Then I find out that they are censored. 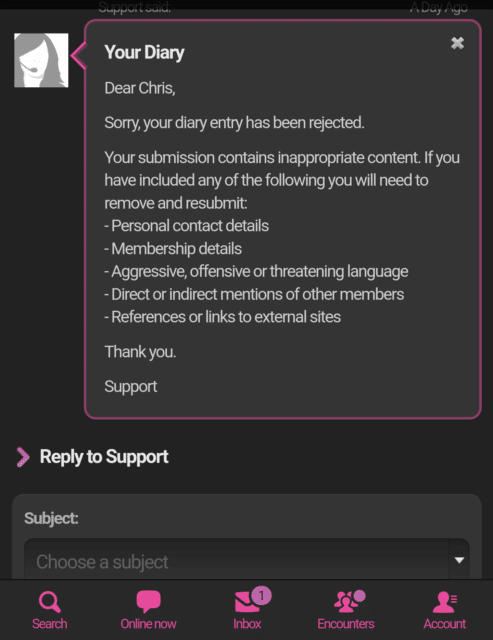 I wrote about being on the site and wondering how many women had joined ParanormalDate.com or some other site that were on there.  A few days later, I get a message that my blog post had been pulled down.

Now I can understand limiting offensive/angry/hate speech, personal contact info and external links. I can even see not posting about other members. The rest seems a bit suspicious. Are they not wanting people to complain or talk about the site?

This is just one more nail in the coffin that ParanormalDate is not a place to give money. I won’t go so far as to say that ParanormalDate.com is a scam, but it is definitely not a friendly place to hang out and look for other paranormal minded people.

ParanormalMeet.com is open and ready for you to add your profile. 100% scam free, no BS profiles.

1 thought on “Review Of ParanormalDate.com”