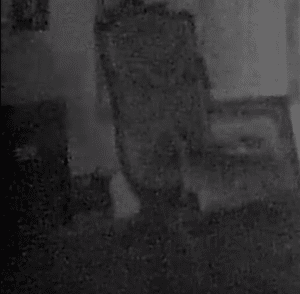 Some paranormal videos are easy to debunk, others are tougher, like this video of a black mist appearing in a video shot at the Magnolia Hotel.

In the video below, uploaded to YouTube by Strange Town, a black mass can be seen entering the view of the camera then disappearing again. It definitely looks to not be a shadow, but something actually moving through the air.  After this a series of white mists appear in the room.  Very bizarre footage.

According to Strange Town, this space in the Magnolia Hotel was once occupied by the former Texas Ranger James Campbell, when this portion of the building served as a Ranger outpost. Boot steps are often heard on the wooden floor, and the smell of cigar smoke will appear in the air.

James Campbell is one of the town’s founders and built the original building the would become the Magnolia Hotel.  A local group has placed a memorial to him at the hotel since he was murdered not far from San Antonio and his body never found.  Could it be that lacking a proper burial, James wander the Magnolia?