You are here: Home » UFOs » Alien Abduction – Woman Claims She Has Photos

Did A Woman Document Her Alien Abduction On Her Cell Phone? Does this image capture and alien in the process of abducting a woman?

Illinois Alien Abduction – The claim is that a woman woke up on her floor after an alien abduction and when she checked her phone, there was an unexplained series of photos on it.  The question now is what exactly happened.

In a report to the Mutual UFO Network (MUFON), the unnamed woman recounts her night and submits a series of incredibly blurred photos that show…  Well they show something but what is left open to massive interpretation.

[pullquote]I believe I was abducted that night.[/pullquote] Home alone in her condo in Plymouth, Illinois she was lighting a cigarette on her kitchen stove when she blacked out. “The next thing I know I’m waking up on the floor of my bathroom in fetal position.”

Walking back to the kitchen she found her cigarette and the scratch ticket she had been holding on the floor as if she had suddenly dropped them.

Her boyfriend who had been sleeping out in a van in the driveway after an altercation with the witness, seems to have noticed nothing.

The story doesn’t get truly dramatic until some time later when she checked her cell phone and found about 40 random images that neither she nor her boyfriend have any recollection of taking. 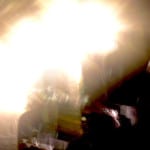 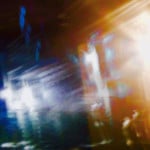 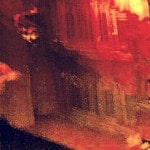 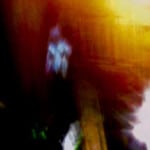 Does this image capture and alien in the process of abducting a woman? 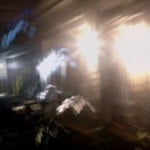 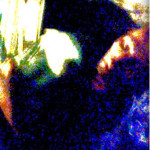 What are we seeing in this photo. Were aliens using her phone to take pictures of her?

She said: “I believe I was abducted that night.”

Regardless of what we are seeing, she is convinced that aliens have abducted her and that the photos are genuine.

She said: “When you truly look at the detail you see they are other worldly and cannot be faked.”

Of the 40 or so photos on her phone, the woman only posted ten of them with her report to Mufon.

All but one appear to be blurred lights or colors, but the remaining one is a mystery.

The last photo clearly shows a humanoid which appears to be laying down possibly asleep.  The quality of the photo is very poor and it is hard to tell if it is an alien we are seeing or a human.

The witness didn’t say who or what she thought the humanoid figure was.

Is This Alien Abduction Real Or A Hoax?

While she could be pulling a hoax, it seems unlikely that this is the case as she has asked to remain anonymous, which negates any fame seeking. Besides most people who come forward as alien experiencers or abductees are not showered with praise and money. Therefore, her making this all up for fame and fortune seems unlikely.

Could she just be VERY confused?  That is always the case. Without knowing many more details there is no way of knowing if she had a medical condition, had consumed too many chemicals or some such thing.  What is apparent is that she believes that she was abducted by aliens.  Do you?