I’m usually surprised to hear of Bigfoot sightings in the midwest, but on albino Bigfoot in Illinois is definitely a rare report.

This report was originally posted to ccheadliner.com and took place in the early morning hours of January in 2017 near Rice Lake in Illinois which is just a bit southeast of Peoria. The area is dotted with lakes and ponds and would make great Bigfoot territory.

The witness wrote in an email to CCHeadliner of his encounter with an albino Bigfoot.

“I always try to drive at night as much as possible,” the witness explained in an email he sent less than an hour after his sighting. “There is much less traffic and my plans were to get a motel room in Peoria, grab some sleep, and visit my sick friend in the morning. I was driving through an area with a fairly narrow strip of pretty thick woods on both sides and a large body of water called Rice Lake quite close on the other side of the trees to my right. There was almost no other traffic and I had slowed down a little in fear of a deer running out in front of me. Well, something did run out in front of me, but it was definitely not a deer.”

“It was obviously a Bigfoot. I knew that as soon as I saw it, but it didn’t look like what I expected one to look like if I ever had the chance to see one. It was well over 6 feet tall, maybe even topping 7 feet, and was covered all over with fairly long hair — maybe four to six inches. But the most striking thing about it was that its hair was white. Actually, it wasn’t snow white, but instead had kind of a slight cream-colored tint to it. I have never heard of a white Bigfoot before.”

Like most sightings of Bigfoot crossing the road, they seem to hurry, but not run. This one is no different.

“It was not actually running, but it’s steps were so long that it was covering quite a bit of ground with each one. It never did turn its head to face me completely, just kind of glanced in my direction as if to make sure I wasn’t too close, but from what I could tell it had thinner hair on its face and looked pretty well like a human. Because of his color, I tried to get a look at the eye color, since an albino of any species usually has pink eyes; these were definitely dark in color, probably brown.”

Honestly, the fact that this Bigfoot does not have pink eyes, rules out it being a true albino. But there are few other ways to describe a cream colored Bigfoot. Possibly it is a variant that changes color for the winter, or perhaps it is an older Bigfoot.

Have you seen a Bigfoot?  We definitely want to hear about it! 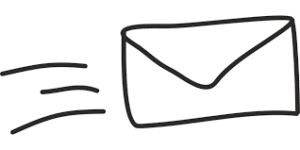 5 thoughts on “Report Of An Albino Bigfoot In Illinois”