Real Photo OF Bigfoot In Utah? 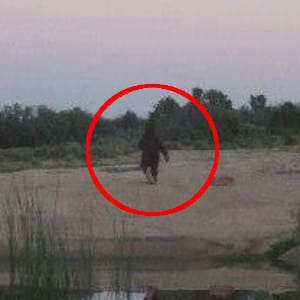 Did a hiker get lucky with this Southern Utah Bigfoot photo?

A listener to 95.9 The Hawk KZHK in Utah recently had a listener send in a Southern Utah Bigfoot photo that she had taken. Of course it is shot from too far away and isn’t entirely clear.

Of course if this Bigfoot photo was really clear we would say it was obviously faked.

Yesterady we discussed the capture of a supposed Bigfoot in the state of Washington.  Of which (of course) there is no photo to prove it.  Low and behold, KZHK listener, Sue chimed via our Facebook page in with a new Bigfoot sighting! 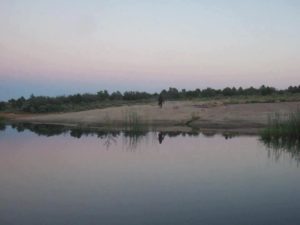 Take a look for yourself and let me know what you think!  For me it is too far away to make a clear cut decision. Realistically, it is plausible that a Bigfoot was down at the waters edge and got surprised by the photographer.

If this was video I might be able to make some assumptions based on how it moved, but with just a still photo, it is too hard to tell.

Utah has more Bigfoot than one would expect. Here is video of a different Bigfoot sighting, this time at Payson Canyon. Whether you believe in the Utah Bigfoot photo being real or not, it is pretty clear that something is going on in Utah besides skiing.

Comment below on if you think this Utah Bigfoot photo is real or a fake!